In the 4x400m rounds for the Championship Of America, Hydel (JAM) clocked 3:39.34 at the Penn Relays to run the fastest time of the day.

Briana Williams smashed the national high school and world U18 records in the 100m with a 10.94.

We followed Northeast (FL) High School junior Briana Williams through her preparation for the Great Southwest Track and Field Classic 100m dash as she tried to break the High School National Record.

The wait is over and the lists are out. Here are the performance lists for the 2018 VA Showcase Invitational.

As recruiting plans take shape over the next few months, hear from some athletes who are taking visits.

The biggest event of the year both by numbers and a scary high level of talent, is finally here. The VA Showcase will take place this Friday and Saturday on Liberty University's brand new $30,000,000 hydraulically banking track.

Check out the preliminary  performance list for the VA Showcase here!

Follow our live updates to keep up with all the latest at the Great Southwest Classic.

The Great Southwest Classic will be held June 2-4 in Albuquerque, New Mexico

What to Watch: Saturday at The Penn Relays Johanna Gretschel Apr 25, 2015

Had it not been for a late entry application filing, this year’s running of the Penn Relays the 118th, would have marked the 50th anniversary of the first ever high school track team from Jamaica, to make the sojourn to the University of Pennsylvania’s Franklin Field.  Instead, the talent-laden relay squad from Kingston College had to literally cool their jets in Kingston until April 1964, to make their first appearance at the world-famous relays. And what a grand entrance that was? (via www.kctimes.org)

Fedrick Dacres, Traves Smikle, O’Dayne Richards, Chad Wright, Ashinia Miller. What do all these names have in common? They are all athletes who in the last four or five years put Jamaica’s name on the map in track and field in the throws, be it discus or shot put.

The 2014 Jamaica high school season continued on February 1 with the Youngster Goldsmith meet at the National Stadium in Kingston in St. James.  See link to results here. 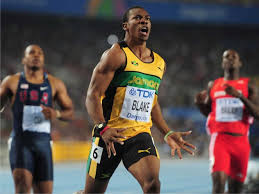 The 2014 Jamaica high school season continued on February  8 with the Camperdown Classic at the National Stadium in Kingston. See link to results here

The 2014 Jamaica high school season continued on February 8 with the King of the Ring throws meet in Kingston. See link to results here.

The 2014 Queen's/Grace Jackson meet was held at the NAtional Stadium in Kingston on January 25, 2014. Click the attached link for results.

The Results of the 2014 Howard Jackson Relays held at Morant Bay High School may be found here.

The 2014 Big Shot Invitational Meet was held At the UWI Mona Bowl in Kingston, Jamaica on Saturday, January 18. Click the link for the results.

The 2014 Jamaica high school season continued on January 11 with the JAAA Kirkvine meet in Manchester. See link to results here.